Item number 146 in our Catalogue Number One, Books on Art, October 1968, was Illustrations of buildings near Muttra and Agra, showing the mixed Hindu-Mahomedan style of Upper India (London: India Office/Wm. H. Allen, 1873), by Lt. Henry Hardy Cole [1843-1916], late superintendent, Archæological Survey of India, North-western Provinces. Its 54 plates include 42 original photographs made from glass negatives. Plate 13 displays a crack, as if to prove the trying conditions of its making and the triumph of its survival.

Another of these plates shows the tracery of a marble screen on the mausoleum of the Sufi mystic Sheikh Salim Chisti, in the great courtyard of the Royal Mosque in Fathepur Sikri, Agra. Its all-over geometric style is both precise and hauntingly off-balance.

Before the book went into that first catalogue and, eventually, to its new home at the Los Angeles County Museum of Art--at a net price of $60*--I spent many hours copying this image by hand and then manipulating it photographically for use as a cover design. It last appeared in its entirety as the cover of our Catalogue 11, Fall 1989. Since then, we have been using the segment of it that appears in these pages. For those who may have wondered, it reflects a purely aesthetic choice. Here is the full pattern as a small homage to the probably unknown genius who created it: 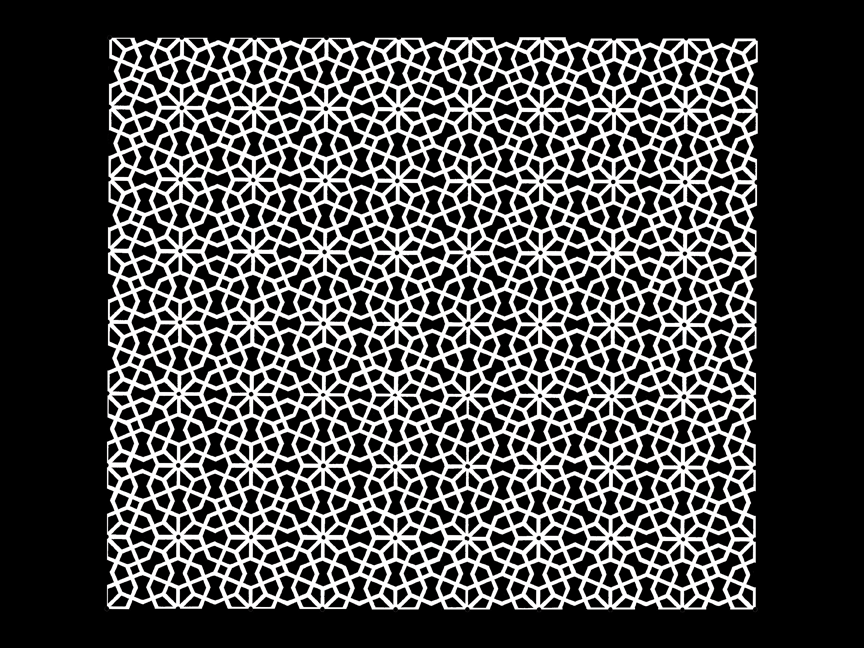 * In July 1900 Bernard Quaritch, London, offered a copy of this remarkable book in their Rough List no. 200 at 12 shillings 6 pence. Copies auctioned at Bonhams recently have brought $2805 in 2006 and $2561 (with defects) in 2008.
You can also read the article, Oysters vs. Porcupines, Unearthing the Roots of the Century Dispute by Laurence McGilvery.